The Banjara are a colorful and versatile tribe and are one of the largest tribal groups in India, numbering roughly 2.2 million in Andhra Pradesh; they can be found throughout the region.  Banjara are also well known as 'gypsies' and live all over the world.  The Banjara are a sturdy, ambitious people who live as nomads in small settlements called 'Thandas,' away from main villages.  They live in small huts made from mud and hay, which are often destroyed by strong winds and fire.

Among the tribes of Andhra Pradesh, the Yerukala comprise 10 percent of the region's population; their settlements are known as 'yerukalapalem.'  They have their own language and only 15 percent are literate. The Yerukala's livelihood mainly depends upon farming, but they do not have permanent residences.  They tend to live in forests which are abundant with bamboo trees.  The bamboo trees are a necessity to the Yerukala as they are used to make their primary means of trade: baskets.  The women of the tribe usually collect food for the tribe and also sell their services as fortune tellers.

​The Chenchu tribe can be found throughout Andhra

Pradesh and totals nearly 50,000 in number.  They tend to live in small tents near wooded areas. Their livelihood mainly depends on the amount of fruits and vegetables (potatoes, yams, etc.) they can find around their settlements; as a result, many of them struggle from hunger.  The Chenchulu, like the Yanadi, also suffer from poor nutrition and have a high mortality rate among women and children.  They try to make a living selling a variety of products found in the forests, such as honey and herbs, to neighboring villages.  Unfortunately, there is often no direct path to their settlements; a 30 - 40 kilometer (18 - 24 miles) trip on foot is usually the only way to reach the Chenchulu. 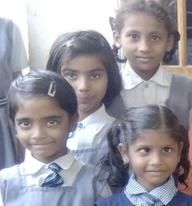 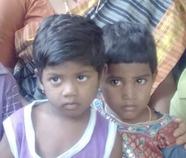 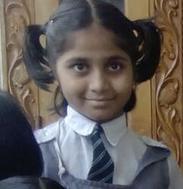 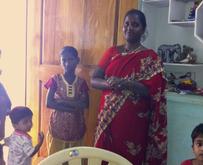 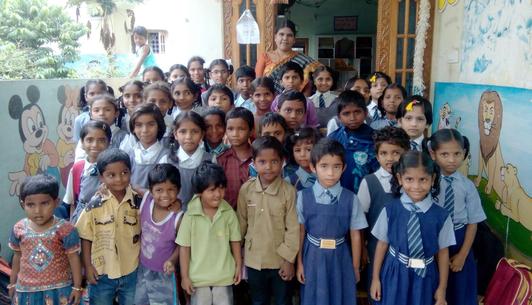 The tribal people in India lead a vagabond life, frequently moving from place to place.  They are very poor groups of people and their livelihood depends on others in their tribe and on their own skills to find the resources they need.  They live in isolation and have their own spoken languages (they do not have any form of written language), giving them their own unique culture.  In Andhra Pradesh, located in the south eastern section of India, 33 different tribes live.  Among those tribes, the most prominent are: Banjara, Yerukala, Yanadi, Koya, Chenchu, Gondu, and Budugajangam.

Comprising almost 450,000, the Yanadi have a literacy rate of only 7 percent.  They tend to live in deep forests, valleys, and hilly areas.  They mainly eat fruits and whatever they can find within the forest. The women and children suffer greatly from poor nutrition; many of them (women and newborns) die during childbirth.  The tribe also suffers from a number of seasonal diseases.  Overall, the members of the Yanadi tribe look very thin and unhealthy.

We hope to fulfill the needs of the various tribes, particularly the women and children, with the assistance of the Tribal Women and Child Development Trust.  Through the Trust we have already started the following activities: 1. Provide workshops and assistance in sewing and embroidery for the Banjara women and surrounding tribes who live in the slums of Hyderabad  2.  Education for the tribal children within these slums

3.  Sponsorship for poor students who have excelled in their studies.